As with all fairy tales, it starts once upon a time, with a starry-eyed girl who owned a computer after great sacrifice.

She did not celebrate her 18th birthday with a run-of-the-mill debut into society, as was expected, but she asked her parents to buy her a PC instead. Back then, owning such a thing was akin to owning a cool car that you cruised around with whilst in university.

Months later, when telecommunication providers started offering exorbitantly priced dial-up internet connections to the homes of unsuspecting customers, she signed up for one, too. This resulted to numerous epic battles. She used her otherworldly, inhuman strength to erect a massive wall between her parents and the telephone at home. No longer can her elders make calls to the outside world!

No cellular phone would come until many seasons hence. ‘Twas a siege that would last years.

She lorded it over the telephone wires, resulting to strange modem sounds all day long as she surfed websites powered by AOL, Tripod and Geocities. She discovered Salon.com and Yahoo!Groups. She detested IRC chats because of the creeps but loved websites and started making her own pages, using nasty drag-and-drop utilities and overly large images.

Thus began my journey in the dawn days of Interwebs exploration.

My history in the Internet could very well be written in the context of my growth and development as a blogger and webmistress. This blog you are now reading, ShiSia.blog, is very well a culmination of more than a decade of experience, hits and misses, endings and beginnings.

My websites have journeyed around the World Wide Web since my first attempts in 1999. I started blogging and making my own layouts at Pitas in 2001, then moved to LiveJournal in 2002. Later that year, I was able to purchase my very first domain and migrated my blog there. I ran it then using GreyMatter.

As an early adopter at the now-defunct UJournal service, I was given site-embed privileges in 2003. Thus, I was able to update my blog through a LiveJournal-like interface and have the content show up on a website. In 2004, with UJournal gone and Greymatter not being up to par, I moved back to LiveJournal with a paid account.

In 2005, I discovered WordPress and started using this as my blogging software. I bought a domain (RantRave.org, which I no longer own) specifically to serve as my blog, but this project did not last very long.

I moved to Blogger in 2006, because I pretty much got everything free – subdomain, hosting space, bandwidth, image storage and even SEO.

In November 2008, I bought a new domain (StrangeSky.org, which I no longer own, as well), to serve as my blog. I was not able to update that often, and felt that this spot online was not really me at all. In July 2009, I purchased another domain (DivaDragon.com, which I also dropped) and moved my blog there. I did not like the domain name very much, feeling that it was just one dimension of my personality.

In July 2010, I purchased my fourth blog domain (MadameShi.com, no longer mine), this time with my name on it. It was more like me, but after a few years of occasional blogging and not quite getting the writing gratification I wanted, I allowed the name to expire and took the blog offline late in 2012. Since then, I took a hiatus from the blogosphere, one that lasted for almost two years.

In July 2014, I bought Shinrei.org, which I have not renewed, to serve as my personal blog. It lasted until the end of the year, when I decided to rebrand my online presence after a huge upheaval in my offline life at the start of 2015.

I purchased ShiBytes.com in 14 January 2015, where I blogged actively until March that year. For the rest of 2015, I was busy with a new job and my pregnancy. I allowed this domain to eventually expire. On 19 April 2016, nine days after the birth of my first child, a beautiful baby girl, I decided to buy the domain again, where I ran my blog until the latter months of 2020.

In 2021, after more than a year of living with the challenges of the COVID-19 pandemic, I decided to give blogging a fresh start and renewed perspective. ShiSia.blog was purchased on 4th May and eventually launched as my journal on the 11th of the same month.

This site will not merely serve as my personal blog but will also showcase different aspects of my personality and my numerous interests. It will be a place where people can read my experiences and ideas. In other words, you will find me online here.

It took me, literally, years to get to this point in my blogging. But here I am now, in a new chapter of my journey in the virtual and real worlds. Join me for the ride. It will never be perfect or smooth, but it will be one heck of an awesome time.

Shirley Siaton-Parabia is an award-winning athlete and author. She is the Les Mills Tribe Coach for Oman, a CrossFit Trainer, and brand ambassador for SquatWolf Gym Wear. She works as a fitness & martial arts coach, finance advisor, and procurement specialist. In her downtime, she writes fiction, runs various websites, cooks passionately, and enjoys afternoon tea. She lives in Muscat with her husband and daughter.

This site uses Akismet to reduce spam. Learn how your comment data is processed.

Shirley Siaton-Parabia is an award-winning athlete and author. She is a Karate black belt, a CrossFit Trainer, and an Assessor and Tribe Coach for Les Mills International. She works as a fitness & martial arts coach, finance advisor, and procurement specialist. In her downtime, she powerlifts at the gym, writes fiction, runs various websites, cooks passionately, and enjoys afternoon tea. She lives in Oman with her husband and children.

ShiSia.blog is Shirley Siaton-Parabia's personal journal. Online since 11 May 2021, with visits. Donations & sponsorships are welcome. 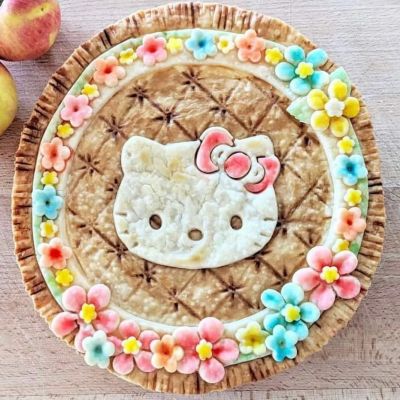 Affiliate links are used in some posts, from which a commission may be received from purchase. Reviews are based on the author's experience. Sponsor banners appear throughout this blog. Site owner takes no responsibility for their content.

Be in love with the #weekend. #quotes #quotestagr

What have you got planned for the long #eidalfitr

Make sure you can say you chose your life, you did

A #yummy serving of #hightea! Would love to enjoy